The 360 Total Security package provides extremely effective protection against all forms of threats while also improving the speed and cleanliness of the computers on which it is mounted. 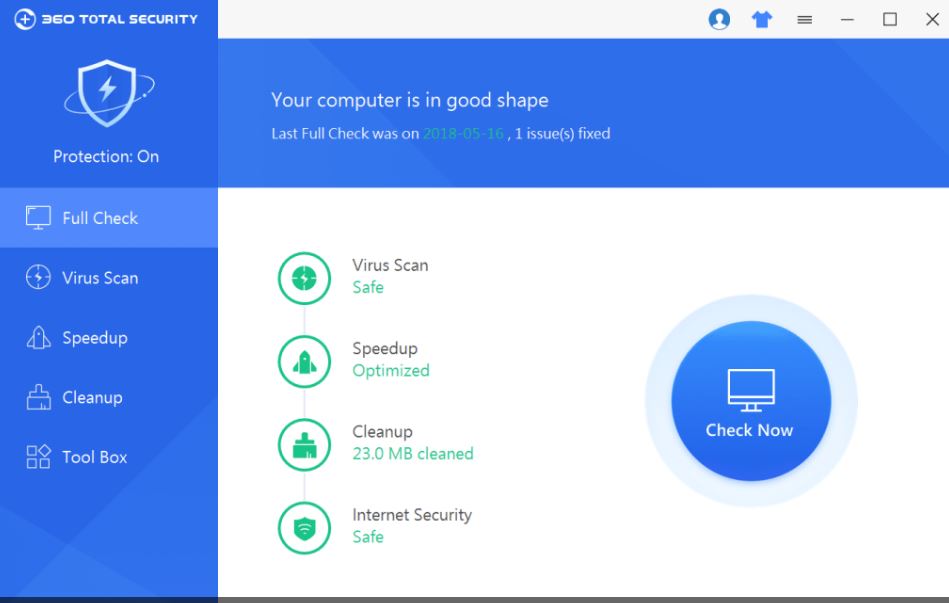 360 Total Security is a strong antivirus programme that, in addition to protecting computers, improves their performance by assisting users in speeding up computer operations and freeing up memory space.

Similarly, it creates automated backup copies of documents, which is a great safeguard against ransomware attacks.

The programme is designed to provide protection, privacy, and security against a wide variety of cyber threats, including viruses, malware, spyware, and other malicious software. It does so by using up to five antivirus engines, each of which can be turned on or off depending on the users’ priorities.

360 Total Protection not only provides all of the aforementioned security, but it also completely protects the user’s internet browsing. With this goal in mind, it includes sandbox functionality for secure programme execution on computers, Wi-Fi network checks, security mechanisms for online transactions, privacy protection, and more in its free version.

As a result, the first one allows you to deactivate the processes of programmes that run automatically when you turn on or restart the machine, slowing down the operation. While the Free Space feature allows you to remove unnecessary files without fear of erasing important data.

The software also includes a backup feature for file copies, which is critical for preventing data loss and accidental deletions, as well as mitigating the effects of ransomware attacks. It also has a quiet mode for when you’re watching a show and don’t want to be bothered by antivirus messages.

In addition to what has already been said, the software comes with an intuitive interface that, once installed, performs a fast cleaning of the equipment in three areas: antiviral, output, and freeing up space. You can choose between manual and automatic mode for the antivirus, as well as between quick and full scans and which of the five engines you want to use.

All of this is included in the free edition of the programme; the paid version adds features including a data destroyer, an ad blocker, security against attacks, and privacy anti-tracking.

As a result, 360 Total Security, like others in its category such as Avast, Norton, McAfee, and Kaspersky, continues to be a benchmark antivirus on the market.