Fast and accurate translation in dozens of languages is possible with Ace Translator. 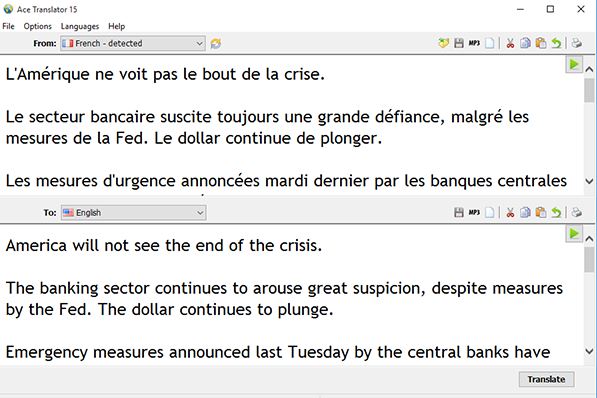 Ace Translator is a simple and comprehensive programme that allows us to translate any text into one of fifty-eight languages. We can translate between Spanish, Catalan, Basque, English, Japanese, Russian, Polish, and Swahili, among other languages.

It’s as easy as writing what we want to translate at the top of the page, selecting the language in which we want the result, and clicking ‘translate.’

The software can take longer or shorter depending on the duration of the text, but it should not take longer than five seconds.

Ace Translator is a great tool for someone who wants to read documents in languages they don’t understand because it provides an approximate translation of the text into their own language.