Ad blockers are still in style. They first gained popularity in Firefox, then spread to Google Chrome, and now they can be found everywhere. With many years of experience, AdBlock is one of the most common ads blocking software. 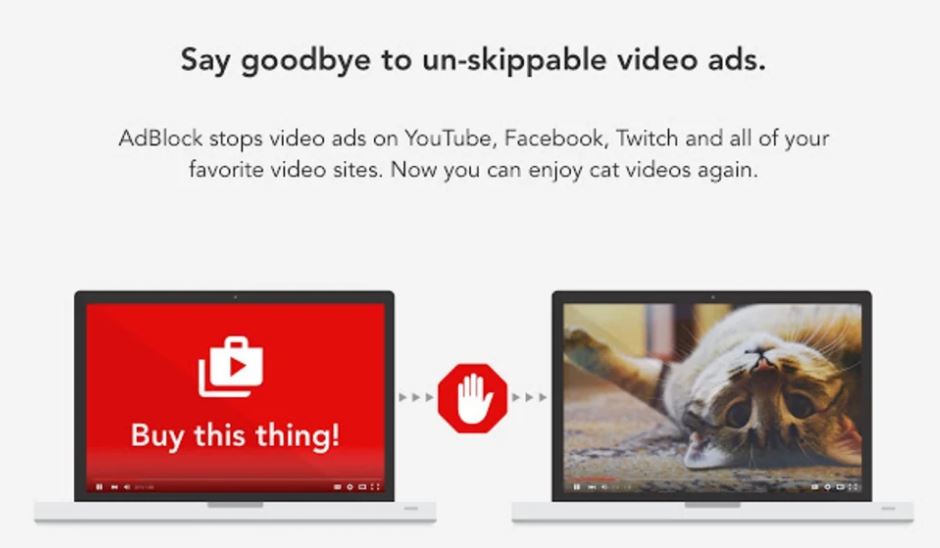 Adblock is an ad-blocking programme. The most popular filter lists, such as EasyList, are downloaded and modified as soon as you install it, but you can also add more lists from the options. Here are language-specific lists as well as more specialised ones, such as locks for social media buttons or protection against malicious software.

Similarly, you can set the options so that Google AdSense text ads, which can be found on several websites and are supported by them, are not blocked. It’s all up to you (by default they are hidden).

If an ad does leak, you can always block it by right-clicking on Chrome and selecting Adblock from the menu. It’s a semi-automated procedure.

Adblock is a little more user-friendly than other ad blockers, but it’s no less powerful. You might argue that you don’t have many choices, but in the vast majority of situations, they are more than sufficient.

Although it is a completely optional segment, you can change the filters and the general operation of the ad blocking from the extension’s options.

You can deactivate and activate it on the current page and check the statistics of blocked advertising from the icon in the Chrome bar.

In the world of ad blockers, there is a lot of misunderstanding, mostly because the word “adblock” has been standardised, and there are hundreds of extensions with the same name and symbol.

However, Adblock is the original, which has been somewhat overshadowed by the success of Adblock Plus, which is completely new. Adblock is a powerful and easy-to-use ad blocker that is a constant companion when visiting ad-filled websites.