Adobe Flash Player (Chrome, Firefox, and Opera) is a web application that allows you to play multimedia content while saving bandwidth and increasing speed. 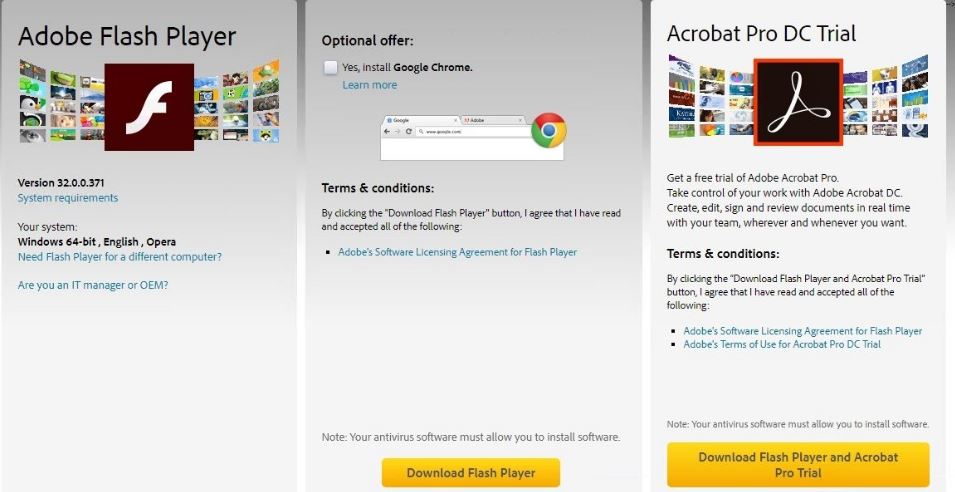 Flash Player was first released in 1996 with the support of Macromedia, which was later acquired by Adobe. This multimedia player, which was originally designed to view two-dimensional vector animations, has since become the standard for developing web applications with audio, video, and interactive elements. The benefit was that it could reduce the necessary bandwidth and therefore the application loading time.
Because of its widespread use in web design, it became a plugin that could be used in almost any browser. The SWF format could be considered to have entered the mainstream level. However, as the use of HTML5 has grown, its SWF format and Adobe Flash Player (Chrome, Firefox, and Opera) have fallen out of favour, with security concerns included.

Features in a Flash:
This add-on, which enabled users to play multimedia content in browsers such as Chrome, Opera, and Firefox, included the following features: Playback of multimedia content, images, and applications such as games on screens and browsers.
Hardware acceleration, the use of vector data, support for advanced text, and dynamic sound generation are all new choices for application developers.
By controlling local storage, users may have more control over their privacy.

Developers’ disagreements:
For years, Adobe’s technology has aided in the powering of the Internet’s multimedia aspect. It has been used by sites like YouTube and other online video or game portals to ensure that their content is accessible from any browser.
However, various controversies have erupted in recent years about Flash vulnerabilities and how they can be used by hackers to obtain remote access to a computer. As a result, companies like Mozilla and Google dropped support for their browsers (Firefox and Chrome), joining the ranks of those who had already done so.
The advent of HTML5 seems to have absolutely condemned it, as this web programming language incorporates tags with codecs for the reproduction of multimedia elements in the same code, eliminating the need for browser add-ons.

What’s new in the current version:
Bugs and security flaws have been fixed.