For a War Game, this level of realism is astounding. Arma 2 now has new content for the military simulation title. 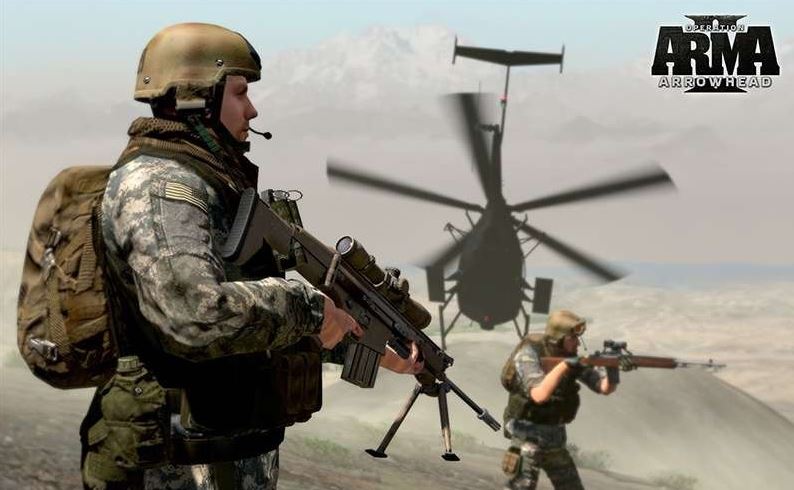 ARMA II: Operation Arrowhead is an ArmA 2 expansion. You will no longer fight in Chenarus in the current case, but will instead be participating in the Takistan guerrillas alongside the American army.

Despite the fact that it is an expansion, we do not need to have the previous version built to enjoy it.

The first distinction between these versions is that the terrain of Takistan differs significantly from that of Chenarus, necessitating a completely different approach to the game. There are huge desert areas in Takistan, and we are an easy target. Their towns, on the other hand, are more difficult to navigate, the streets are narrower, and the enemies have hundreds of hiding and attacking spots.

We’ll quickly learn that in ARMA II: Operation Arrowhead, you never know where the bullets will come from, the fire will never stop, and having faith in our team to do its job is crucial.

Another distinction between the two versions is that in ARMA II: Operation Arrowhead, war vehicles play a larger and more involved role in the game. We can join combat in a variety of positions, with four options in total: helicopter pilot, war tank commander, infantryman, or special operations soldier.

Depending on the role we play, the game’s virtual intelligence will make us realize how important our role is in the war.

Overall, this is a game where great realism and playability are the most important factors.

This new Arma 2 version takes place three years after the first, when a new challenge emerges in the Takistan region… you are now a member of the US army sent to stabilise the country.

Military realism and the inclusion of very large maps that reflect miles and miles of terrain prevail, as is typical of the “Arma” game series. You’ll be able to play a variety of positions, including army soldier, special operations, and tank or helicopter pilot.

This veteran saga has ten years of development behind it and boasts one of the most comprehensive combat simulation systems available: accurate simulation of ballistics and target penetration, wind force, night sights, maximum day / night cycle… You could not withstand the discharge of many bullet magazines into your chest in Arma (not like in other games ).

It features a single-player campaign mode with cooperative play, as well as multiple multiplayer modes spread across three massive maps (with deserts, rural areas, and cities) and a dedicated server. In case you want to add content after checking the game’s many guns, cars, and computers, the game also comes with a powerful free SDK development kit.

This game, along with the original Arma 2, is required in order for the popular zombie survival mod “DayZ” to function.