Atom is a free and open-source text and source code editor for macOS, Linux, and Windows that includes support for JavaScript plug-ins and GitHub's embedded Git Control. 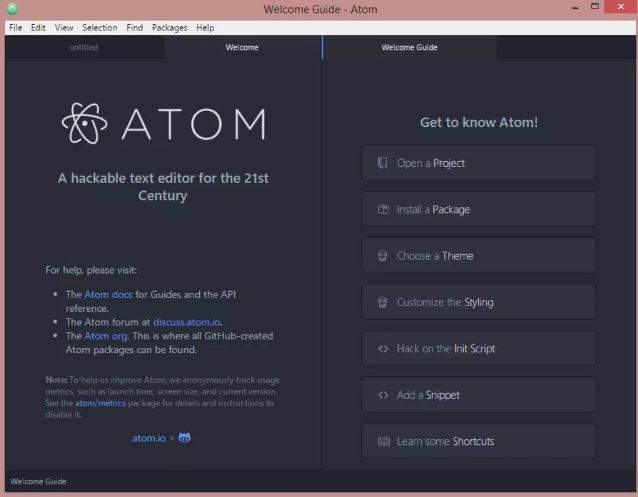 GitHub is one of the Internet’s biggest software development communities. Atom is an Open Source text editor that can be used as an integrated development environment (IDE) for a variety of programming languages and whose capabilities can be greatly extended thanks to community support.

It has all of the features that a code editor should have, including syntax highlighting, language auto-detection, contextual auto-completion, the ability to use multiple panels, the ability to arrange our project in files, snippet support, and a powerful search engine.

The greatest ability, however, lies in the environment’s modularity when it comes to installing packages that add more functionality if they are compatible with the environment.

The Git version control system is, of course, included for publishing on the GitHub website.

Atom is multi-platform (Windows, Linux, and Mac), allowing us to use our projects on several platforms. Its greatest advantage is its customization.

There are over 2000 packages and 600 themes available at the time of writing this password, given the tool’s degree of customization and the number of features included by default,  with the added benefit of being lighter than equivalent alternatives.