Atomic Tanks is a Scorched Earth clone for several platforms, similar to the WormsTM series of games. To raise money, annihilate other tanks, and use it to buy bigger and better shields and guns to wipe out the opposition. 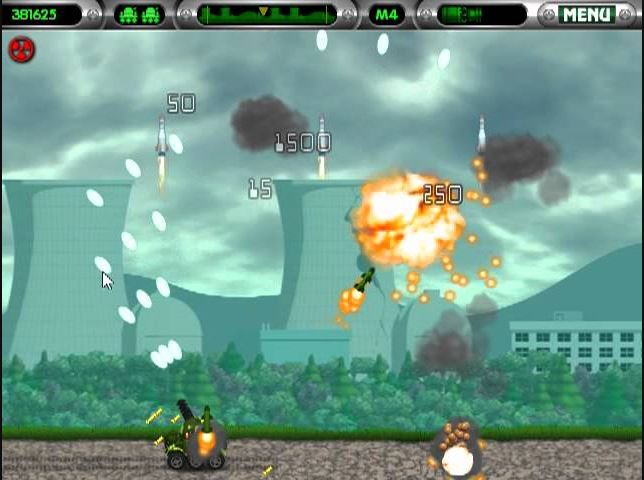 When the game first starts, the player must choose an alias and buy the equipment he feels he’ll need for war, all while staying within the budget set by Atomic Tanks Portable.

Anything after that is up to the player. Begin the battle with the enemy tank, which can multiply and force you to defend against several opponents. Arms can degrade with time, so the only way to get new ones is to progress in the game and earn points that can be used to buy rockets, explosives, or nuclear weapons.

Atomic Tanks Portable does not require installation; simply extract the zip file to a folder and run the.exe file.