Audacity is a free audio editing and recording software. Its most significant benefit is that it is open source software that works for all major operating systems, including Linux, MacOS, and Windows. 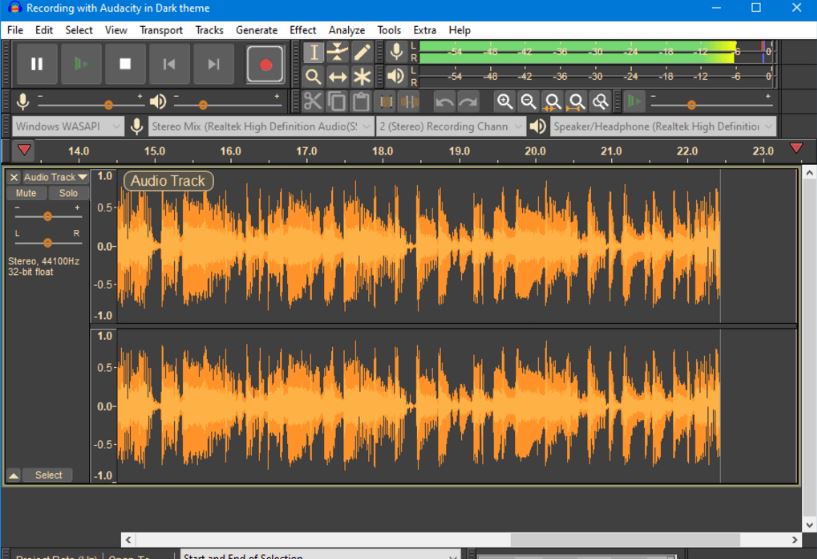 Audacity is a very powerful tool since it has a basic graphical interface but is still very complete, making it a very functional programme for both novice computers with unique needs and advanced workstations and audio editing specialists.
Audacity can be used for the subsequent processing of all sorts of media, including podcasts, and it has cropping, normalization, and fading effects, in addition to being able to capture audio from various sources.

Features and Uses:
Audacity allows you to record sounds in real time using a mixer or microphone. You may also use this programme to digitise cassette tapes, vinyl albums, and mini discs. Sound streams can also be obtained using certain sound cards.
The software also includes copying, pasting, and cutting capabilities, as well as many forms of plugins and the ability to deal with several audio tracks at once, combining them, and applying various effects to the sounds.

Simple and efficient:
Audacity has a lot of different features. As a result, it has become a popular audio tool among a wide range of users. Audacity’s features include real-time audio recording, track mixing, recording effects, importing files, using plugins to expand functionality, and a spectrogram mode that can be adjusted. In short, if you are not a knowledgeable user with very specific needs, it is difficult to skip any feature in this app.

Open source applications with a lot of power:
When it comes to free open source software, Audacity is a true gem. A tool that is easy to use, performs well, and has a lot of features. WavePad Audio Editing Software and Free Audio Editor are two other applications that have similar features to Audacity. WavePad, on the other hand, is almost as comprehensive, but it is more difficult to use. Free Audio Editor, on the other hand, does not have as many features as Audacity.