In the legendary Normandy landings, command your own allied team in this real strategy game. 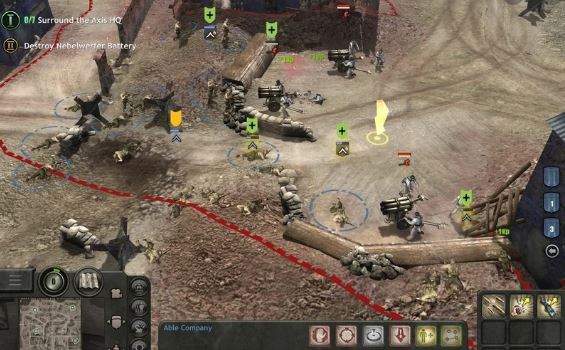 The Normandy landing is one of the most popular episodes of World War II, and the Company of Heroes game will transport you nearly 70 years back in time to witness it.

You will be a member of one of the battalions that landed on the beaches of northern France on D-day, and you will be able to experience the large-scale combat action in which the allied forces suffered in order to defeat the German enemy lines with almost complete realism.

The amphibious vehicles that will carry you and thousands of other soldiers to the Normandy beaches, as well as the weapons and communications equipment, are all portrayed with incredible realism.

Furthermore, if you want to fight alone in an individual game, you will be able to witness all of the action between allies and the German army in first person and subjective camera.

You have the choice of commanding an entire squad of units to advance and defeat the first enemy line. In the following screens, you can progress across France, attempting to advance all of your units without suffering significant casualties.

A high-quality game that allows you to relive one of the most legendary moments in twentieth-century history.