Fight for control of the Pacific Ocean. 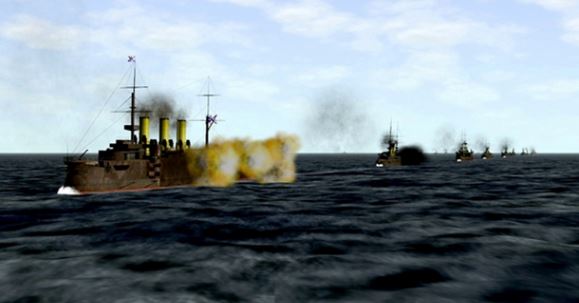 For the dominion of the oceans, we may command Russian or Japanese troops in this war game.

This naval war game is based on the early twentieth-century conflict between the two countries in the seas of Korea, Japan, and the Yellow Sea.

There are no good or evil in this scenario, because we can choose one of the two sides to battle with, so we will be the good guys, and the game captures a true picture of those days, with faithful replicas of the ships and units that competed, a total of 248.

On three-dimensional graphics, we must beat our enemies using the tactic of our choice. With every last aspect of the game meticulously considered, right down to the sounds, which are faithful representations of the weapons and ships of the time are all accompanied by a fantastic soundtrack.

Highly recommended for fans of this type of game, which can accommodate up to 16 players at once.