Because of its features and functions, Mozilla Firefox has become one of the best and most widely used browsers on the planet. 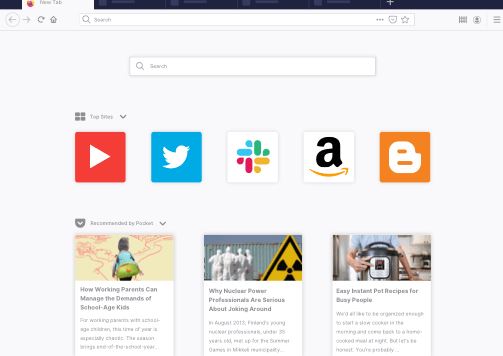 Browsing the web has become one of the most popular things we do on a computer, so having the best browser is important if we want to have the best experience. Because of its speed and reliability, Firefox is one of the fastest.

What is the best web browser on the planet?

We won’t say too much, but since its inception in 2004 by the Mozilla Foundation, Mozilla Firefox has grown to become one of the most widely used browsers on the planet, competing with Google’s Chrome and Microsoft’s Internet Explorer and Edge (Safari, Opera and others are a long way off).
The popularity of this browser can be attributed to a number of factors, including its open source development, performance, evolution, and framework addons, all of which have been imitated by other innovations.

Firefox addons and plugins provide additional features to the browser.

The Mozilla web browser extensions framework has become one of the most popular features among users: it allows users to add a variety of new features to the ones that come standard. Anyone can create them, and installing and uninstalling them from the plugins website or the configuration’s extensions manager is a breeze.

Other browsers, such as Internet Explorer, were inferior in this regard because they did not allow for the creation of new features by other programmers, both professional and amateur.

Then Quantum showed up…

The Quantum project, which had previously been beta checked, was released in version 57.0. Firefox Quantum is a partial renovation of Firefox that has added several new features. It is not a new version of the browser like Microsoft Edge is compared to Internet Explorer. These include the new CSS engine, which was created using the Rust programming language, and the ability to run multiple processes in the kernel in parallel rather than sequentially.
Another attribute worth mentioning is the fact that it uses less RAM than Chrome. Mozilla claims to be capable of consuming up to 30% less under similar circumstances, and they claim to have done so by prioritising the active tab in addition to the multithreaded execution listed earlier.

There are a lot of features in this browser, so here are the most important ones:

Options and features that are hidden:

The browser is the most effective? Comparison of Firefox and Chrome

Regarding tastes and colours, however, there are many ways in which both browsers vary, despite the fact that they are the two most widely used on the planet.
Since its release in 2008, Chrome hasn’t changed much in terms of its graphical appearance. Mozilla’s interface has expanded over time to include the Photon interface, which allows users to create full themes and provides menus and choices that are best suited to their behaviour. With a cleaner interface and smoother animations, it has a modern, more minimalist feel.

In short, there are no significant variations between the two systems that could sway an election outcome. Small variations and interests on each person’s part will determine whether they download Mozilla Firefox or the Google browser.
In any case, you should know that Firefox is a browser that has been successfully adapting to the various changes that the web has experienced since its inception, and that it is doing so more and more effectively.