Explore the earth from above with breathtaking aerial views. 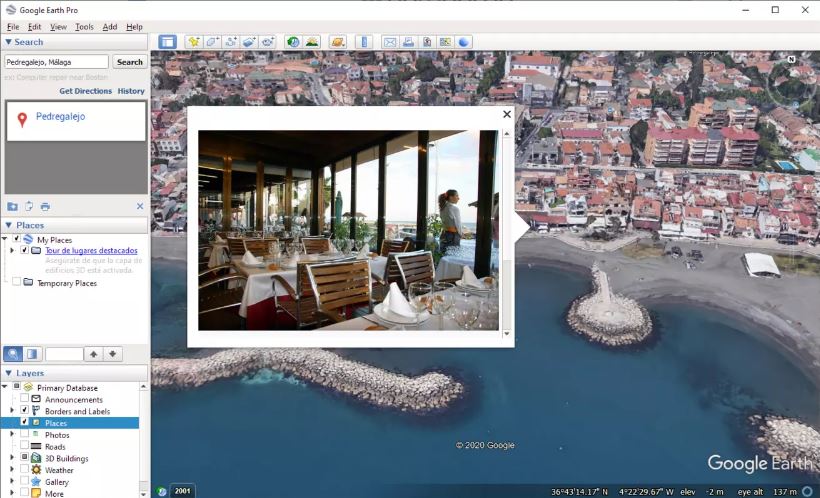 One of Google’s most ambitious projects is this fantastic aerial viewer created by the Google, which allows you to walk around the globe using satellite images.

Google Earth uses cutting-edge 3D graphics technology and high-speed Internet access to show users anywhere in the world, whether it’s your own backyard or a country you’ve always wanted to visit but never had the opportunity.

With Google Earth, you’ll be able to see even the building where you live in detail, and you’ll be able to adjust the map’s viewpoint at any time if you want to change the orientation or have a more realistic view.

You’ll also be able to see 3D views of the structures of cities as spectacular as Madrid or New York, if your PC supports it.

One of the most useful features is the ability to display roads and street names in the selected towns, allowing you to use the software as a street map and guide to plan your trips. A list of the area’s most well-known restaurants will also appear.

Since the software uses a lot of energy and must support the program’s demands when it comes to rendering 3D graphics, it is designed for computers that aren’t too old.

Without a doubt, it is a highly recommended application for ‘flying’ through all those cities you’ve always wanted to visit.