At first glance, Internet Explorer 7 stands out for its entirely updated GUI, which features a simpler and cleaner design that allows you to see more of the web pages you visit. 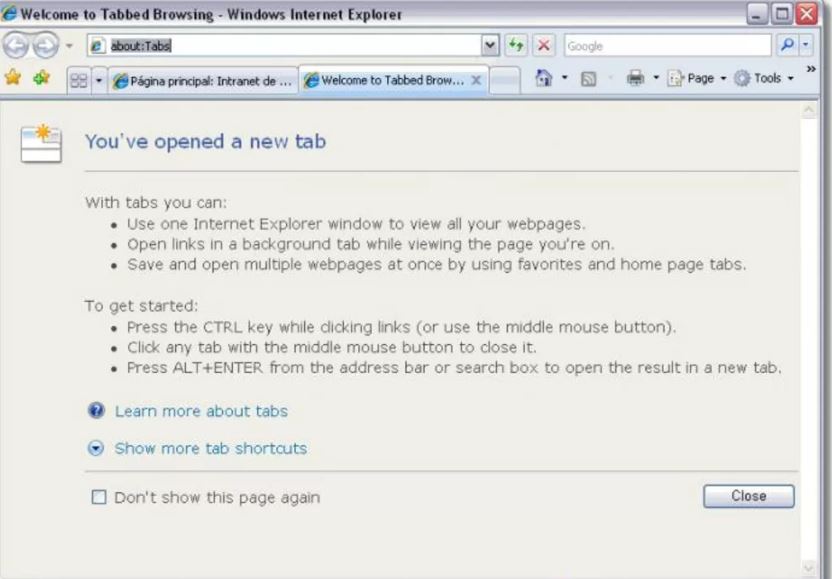 In recent months, browsers like Opera and Firefox have begun to overtake Internet Explorer. Microsoft has not stood idly by in the face of this crisis, as shown by this latest iteration of its well-known web browser.

The inclusion (finally) of tabs in Internet Explorer 7 is perhaps the biggest surprise. Tabs make for much more relaxed browsing. You’ll be able to see all of the ones you have open at a glance thanks to tiny screenshots, and you’ll be able to group several of them together to save as a single favourite.

Other notable features of Internet Explorer 7 include integrated support for RSS feeds, an ostensibly improved printing system, and new security features such as pop-up window control, a firewall to prevent “phishing” fraud, an audit of each website’s privacy settings, and a thorough review of security certificates.

In short, Internet Explorer 7 has been fully redesigned, and despite appearing to have been abandoned, it has only gained traction. The debate has concluded.