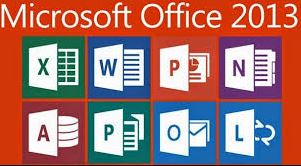 Microsoft’s latest office suite is called Office 2013. Word, PowerPoint, Excel, Outlook, Publisher, Access, and OneNote all get new features in the new Office. Office 2013 is the first Office edition that does not work with Windows XP.

The new office is distinguished by its new Metro interface. The ribbon, a strip of tabs that debuted in the 2007 version, has been retained, and the controls are touch-screen friendly.

Another exciting feature of Office 2013 is cloud integration. SkyDrive, Skype, Bing, and other online services are all easily integrated into the suite’s applications.

The star of Office 2013, Word, now includes an enhanced reading mode, online work features, and, most importantly, the ability to edit PDF documents like Word documents.

Excel has a fantastic smart fill mode called Flash Fill that recognizes patterns in data and automatically fills cells without the use of macros or formulas.

Outlook features Exchange ActiveSync support, which works well, as well as a new social connector for receiving notifications from your social networks and a revamped navigation bar.

OneNote has gone through a number of updates, and it now reflects Microsoft’s complete dedication to competing with common programmes like Evernote. Using SkyDrive, OneNote integrates seamlessly through various devices and provides you with instant access to your annotations.

Aside from the interface and the latest models for tables and magazines, Access and Publisher don’t have a lot of new functionality.

In a nutshell, Microsoft Office 2013 is a fantastic update to the world’s most famous office suite. A redesign created to fit into Microsoft’s modern age, which includes Windows 8, Windows 10, Mac, the Cloud, and the convergence of portable and desktop devices.