SmartGaGa is one of the best Android emulators for first-person shooter games like Free Fire, PUBG Mobile, and Cyber Hunter, among others. It's a completely free computer programme. 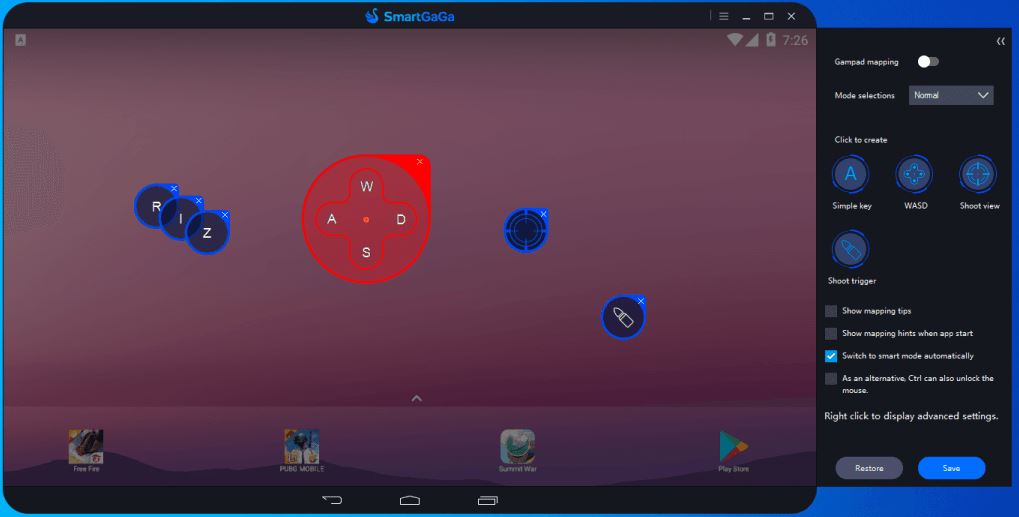 SmartGaGa-Android Emulator is a free computer application that emulates Android on your computer.

SmartGaGa is a popular alternative to Bluestacks and Nox that allows you to run any Android application on your computer, regardless of the operating system.

It’s a small application that uses the Titan game engine and Turbo GPU technologies to ensure that your mobile games run smoothly on your computer.

One of the most well-known emulator brands on the internet is SmartGaGa-Android Emulator. SmartGaGa competes with some of the other well-known Android emulators in that it allows you to install and run a large number of apps and games on any computer.

SmartGaGa is marketed as a fantastic application for running first-person shooter games like PUBG Mobile because it incorporates the Titan game engine and Turbo GPU technology.

SmartGaGa can also serve as a basic test environment for your application projects if you are an application developer. From the classic Android interface to the in-depth options you may play with, this emulator has everything you’d expect from an emulator.

However, many of SmartGaGa’s drawbacks come from its simplicity and the lack of other distinguishing features that would set it apart from its competitors.