VideoPad Video Editor helps you to edit your videos in a very easy yet professional manner, whether they are from a DVD, a digital camera, or some other file. Plus, it's completely open! 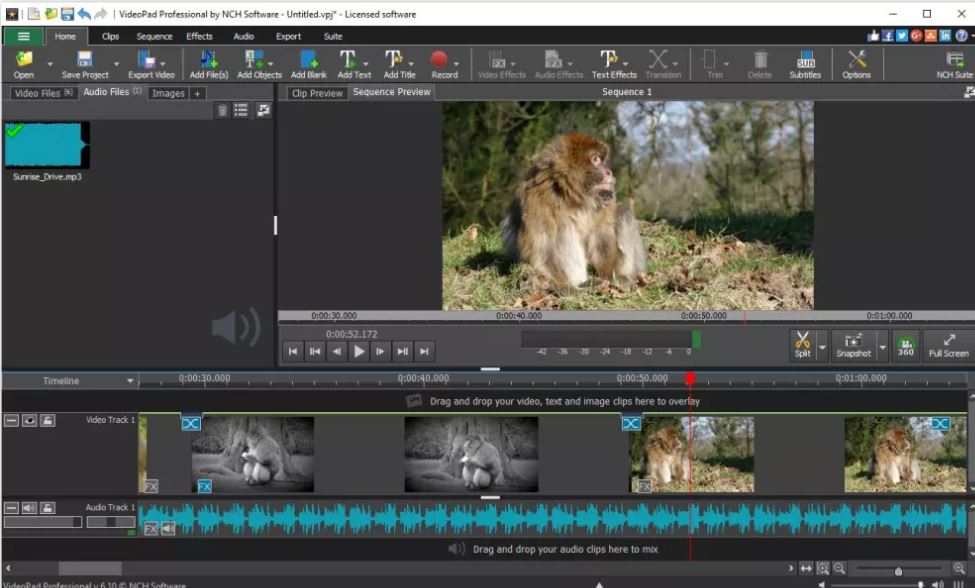 Do you have a home video to edit? Your problems can be solved by using VideoPad Video Editor. It has all of the functions required to create videos from any previously recorded content, despite being free and appearing to be simpler than professional non-linear editing programmes.

Most modern file formats are supported by VideoPad Video Editor, including avi, wmv, 3gp, wmv, divx, and so on. That is, you won’t have any trouble capturing video from your camera, DV camera, webcam, or any other video-recording system, as well as videos downloaded from the Internet.

If you want to edit your home videos but don’t have the time to learn how to use a more advanced tool like Adobe Premiere, VideoPad Video Editor is a great option. Although the GUI is somewhat close to that of traditional editing suites, it is much more straightforward.

Furthermore, the software replaces several commands that are used in other apps with something even more intuitive: dragging audio and video files directly to the timeline.

VideoPad Video Editor has a significant advantage over its rivals in that it can be used by someone with no prior experience in video editing. This makes it an excellent option for editing home videos or making family picture slideshows.